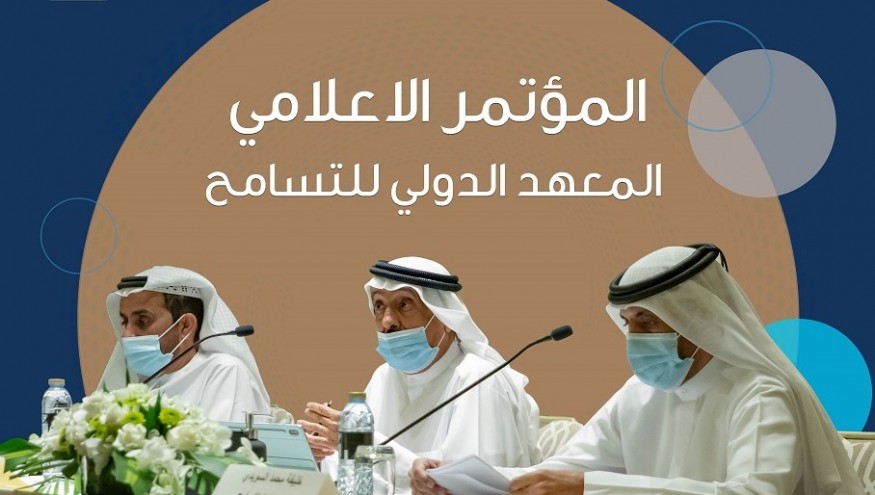 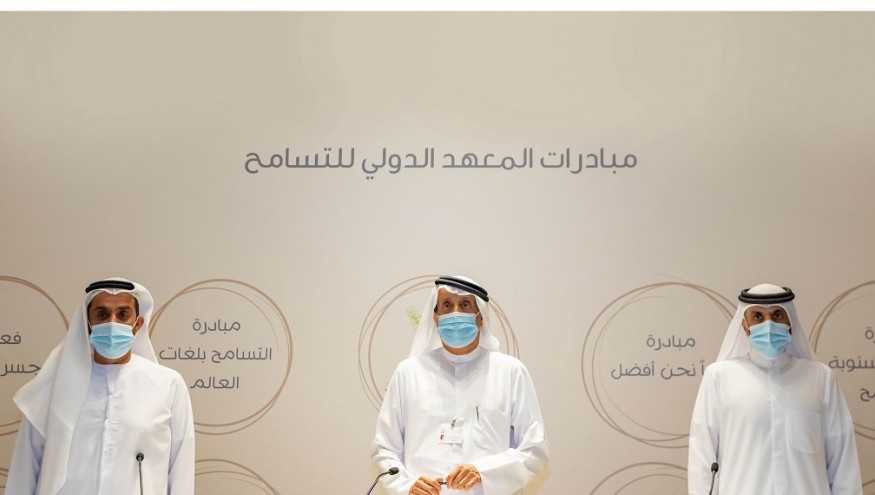 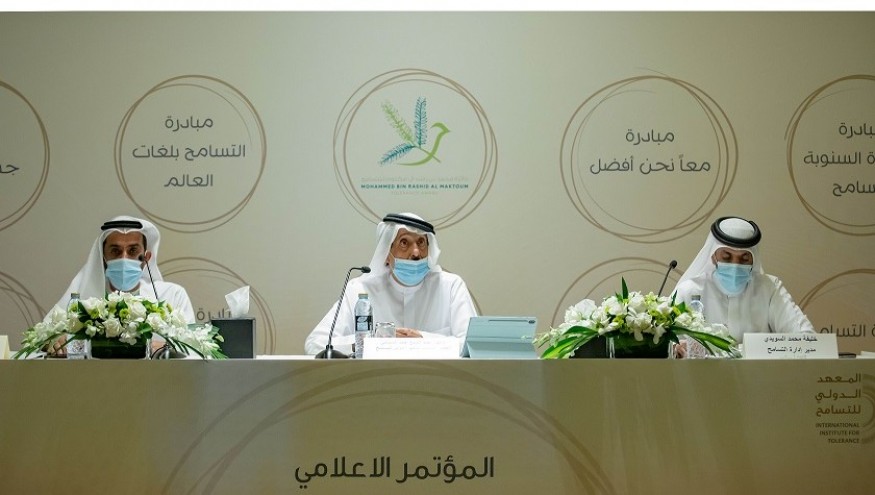 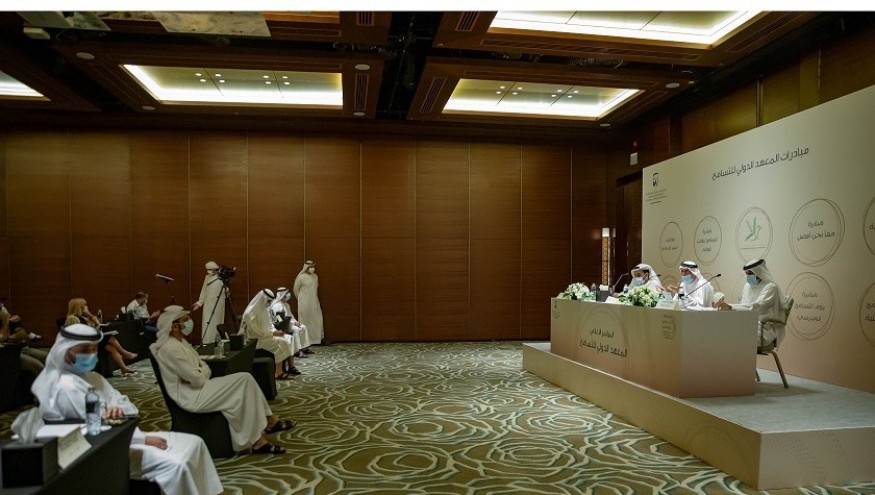 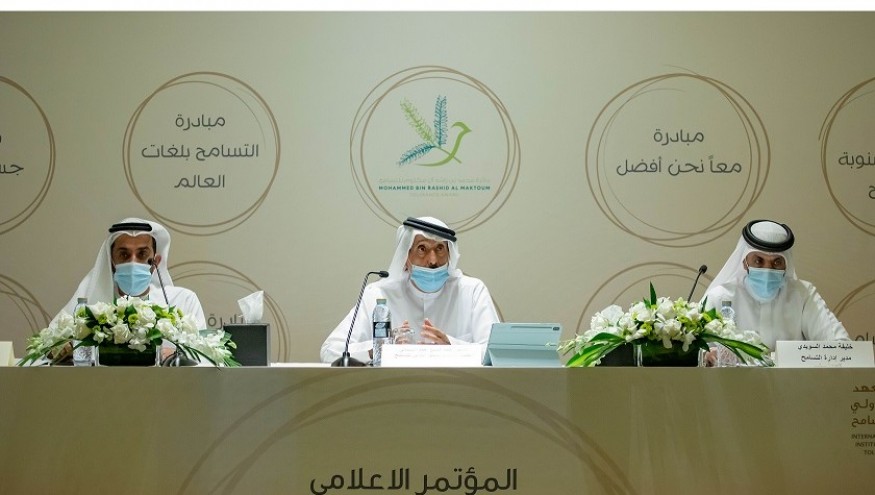 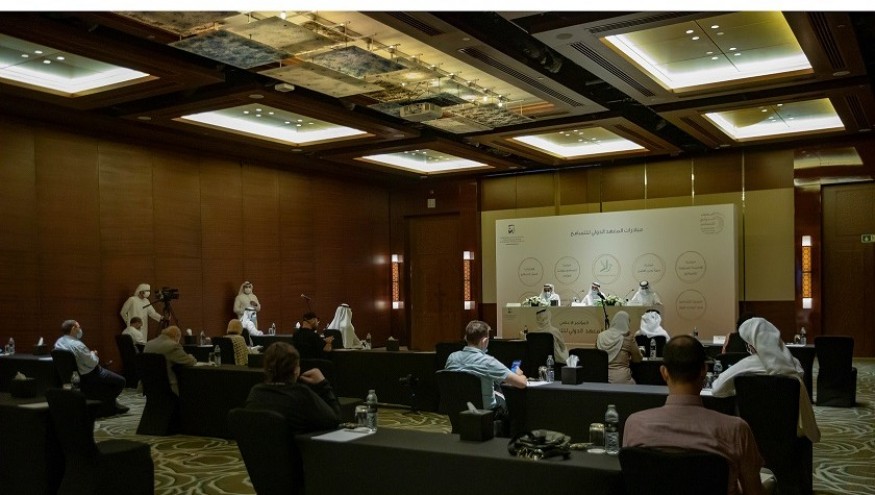 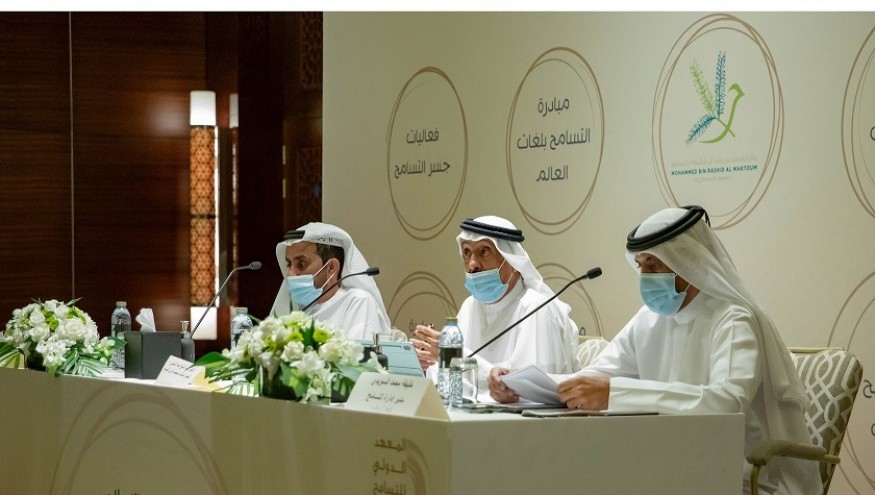 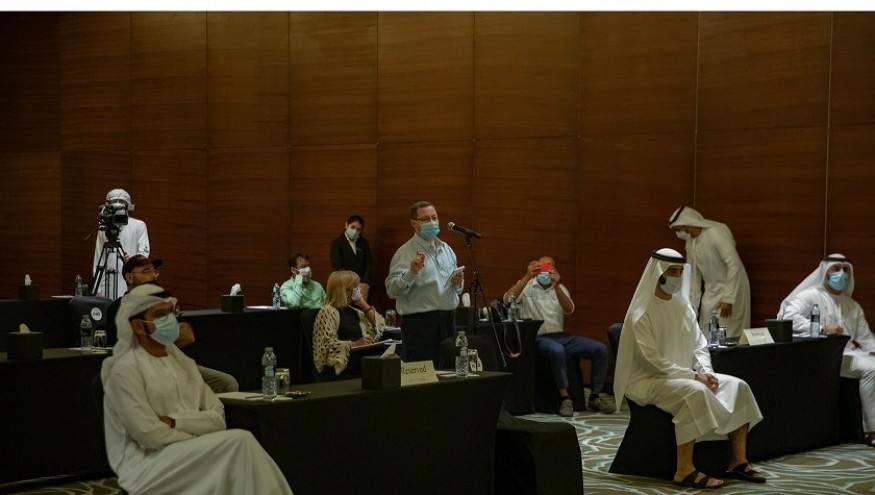 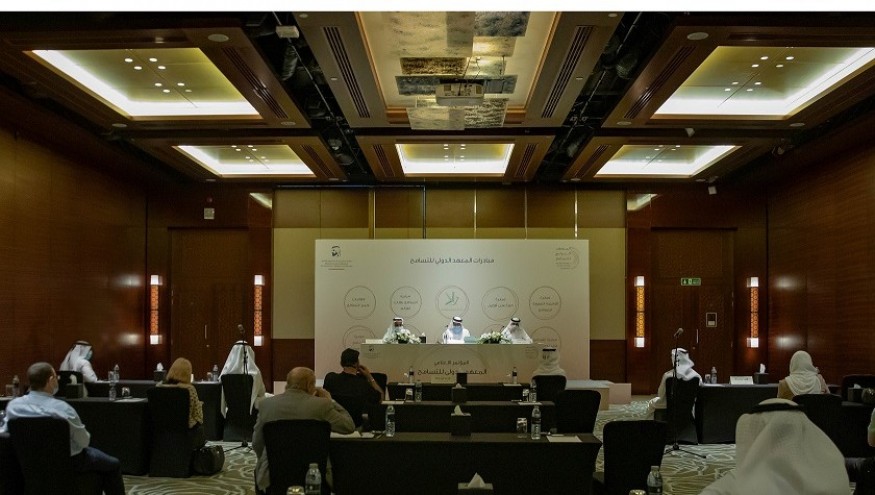 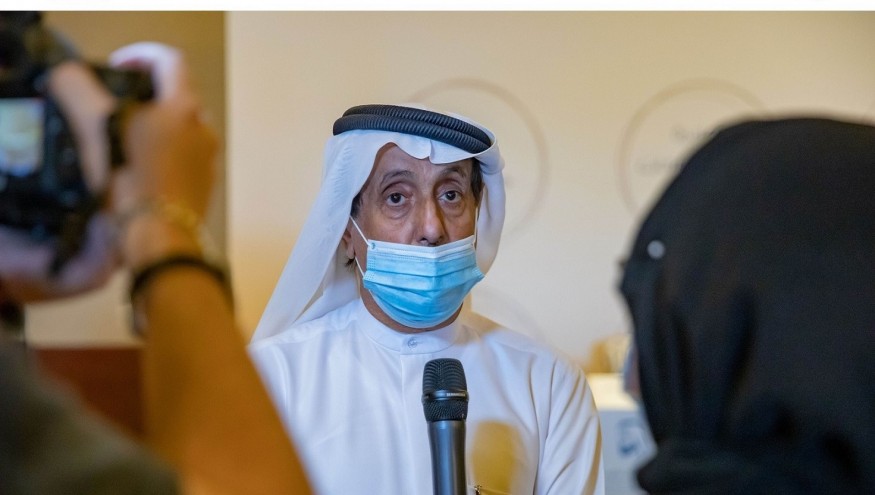 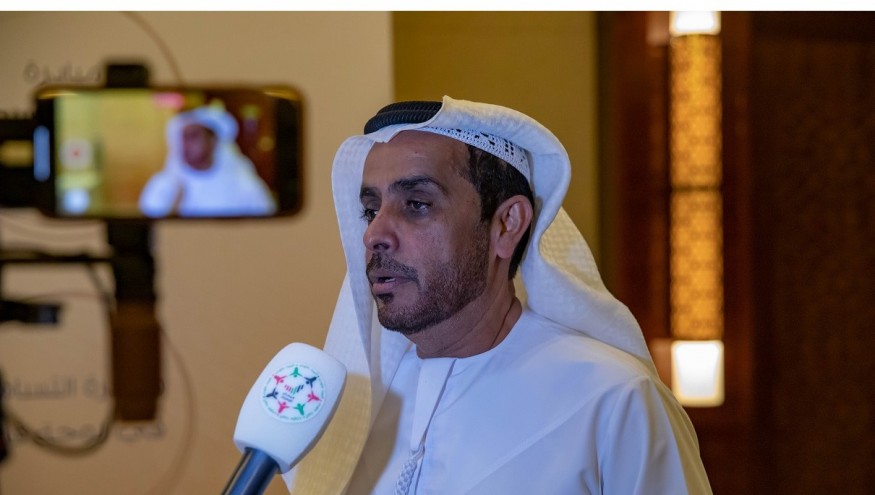 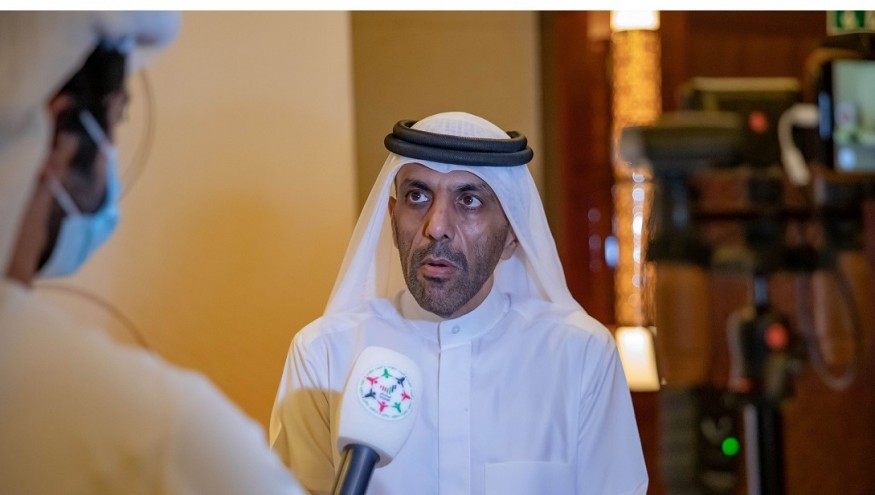 The International Institute for Tolerance (IIT), a part of the Mohammed bin Rashid Al Maktoum Global Initiatives Foundation in Dubai, has announced the launch of eight new initiatives, as part of a series of activities and programmes included in its new strategic plan aimed at strengthening the values and principles of tolerance. The Institute also announced that two new categories will be added to the Mohammed bin Rashid Al Maktoum Award for Tolerance, which aims to honour individuals and organisations that have used the values of tolerance to build bridges of peace and love between people of all sects and religions.

The announcements were made during a press conference held by IIT earlier today at the InterContinental Dubai – Festival City Hotel in the presence of senior officials of the Institute and the media.

Dr. Hamad Al Sheikh Ahmed Al Shaibani, Managing Director of IIT thanked His Highness Sheikh Khalifa bin Zayed Al Nahyan, President of the UAE and His Highness Sheikh Mohammed bin Rashid Al Maktoum, Vice President and Prime Minister of the UAE and Ruler of Dubai, their brothers, and their Highnesses Members of the Supreme Council and Rulers of the emirates, for their efforts and continuous support for all initiatives that contribute to promoting the values of tolerance and peace, and spread the culture of peaceful coexistence, mutual respect, and cooperation among all.

Dr. Al Shaibani emphasised the pioneering position achieved by the United Arab Emirates in spreading and consolidating the values of tolerance and acceptance of others in light of diversity and pluralism. He further added that the UAE had launched unparalleled quality initiatives that aimed to support and lay the foundations of brotherhood and peaceful coexistence in the region and around the world.

The two new categories of youth project and new media for the Mohammed bin Rashid Al Maktoum Award for Tolerance was also announced at the press conference. Speaking about the new categories, Dr. Al Shaibani said, "Spreading a culture of dialogue, coexistence and tolerance has become an urgent necessity in our lives, especially among younger generations who want development and prosperity for their homelands. It is therefore necessary to raise awareness about common human ties such as the values of citizenship and oneness.”

“The Institute was keen to launch two new categories within the Mohammed bin Rashid Al Maktoum Tolerance Award, which are the youth projects and new media with the aim of supporting innovative youth projects, professional media production and direct communication with the best expertise to enable Arab youth to spread their creativity that embodies the values of tolerance. This will allow them to reach a larger number of people on social media.”

Dr. Al Shaibani further said that targeting the school community is a "necessity" as "students are key to promoting the values of tolerance, transforming theoretical concepts into practice on the ground and making them a deep-seated behaviour among young people to develop."

Major General Ahmed Khalfan Al Mansouri, Secretary General of the Mohammed Bin Rashid Al Maktoum Tolerance Award said that “the award confirms the UAE’s leadership in establishing the values of tolerance and fraternity among people”, and pointed out that “the most distinguishing factor of the award is that it is an international award and not a regional one. We have taken it upon ourselves to spread the ideology of tolerance among people, and honour those that focus their attention and thinking on human values.” He added that the Awards have “become a platform for spreading the culture of tolerance, stimulating quality initiatives, creating distinctive experiences, and sharing inspiring stories. He further explained that “it highlights the efforts to support and promote the values of tolerance, understanding dialogue among cultures and peoples, established in the Charter of the United Nations and the Universal Declaration of Human Rights. The addition of two new categories can be seen as a way to further bridge the communication between people using different ways, to join hands in spreading the values of tolerance and coexistence.”

The initiatives announced by IIT, which is part of the annual tolerance agenda, include the Tolerance in the Languages of the World initiative, "Together We Are Better" initiative, Tolerance Painting initiative, School Tolerance Day, Medal of Tolerance, Tolerance in Image and the youth and media initiative. These initiatives cover a range of programmes, activities and events, targeting all groups and segments of society, ranging from culture, sports, art, youth projects, new media and the recognition of entities and leaders of tolerance, as well as a programme of events to celebrate the festivals and events of the residents of the UAE as a sign of respect for their beliefs and rituals.

The sectors targeted in the initiatives are in line with the UAE's vision to consolidate tolerance as a fundamental cultural value in the comprehensive development process. It is also a value that contributes to creating coexistence based on respect, appreciation, acceptance and respect of differences as it is a source of distinction and strength for all human societies.

The annual tolerance agenda is the first agenda that includes a list of official religious events and community events for those residing in the Emirate of Dubai. The aim of engaging the International Institute for Tolerance in implementing various initiatives targeting various segments of society and its spectrums is to promote the values of mutual respect for the beliefs, rituals and cultures of others.

The "Together We Are Better" initiative is aimed at promoting and spreading the concepts and principles of tolerance and acceptance of others, and is conducted in cooperation with the Dubai Sports Council. The initiative entails a unique yoga session that will be held on the Bridge of Tolerance. The initiative will see 60 men and women – both Emiratis and residents of different nationalities and religion – take part in the event to practice a variety of exercises that link the mind and body together to promote a culture of teamwork based on respect and sharing.